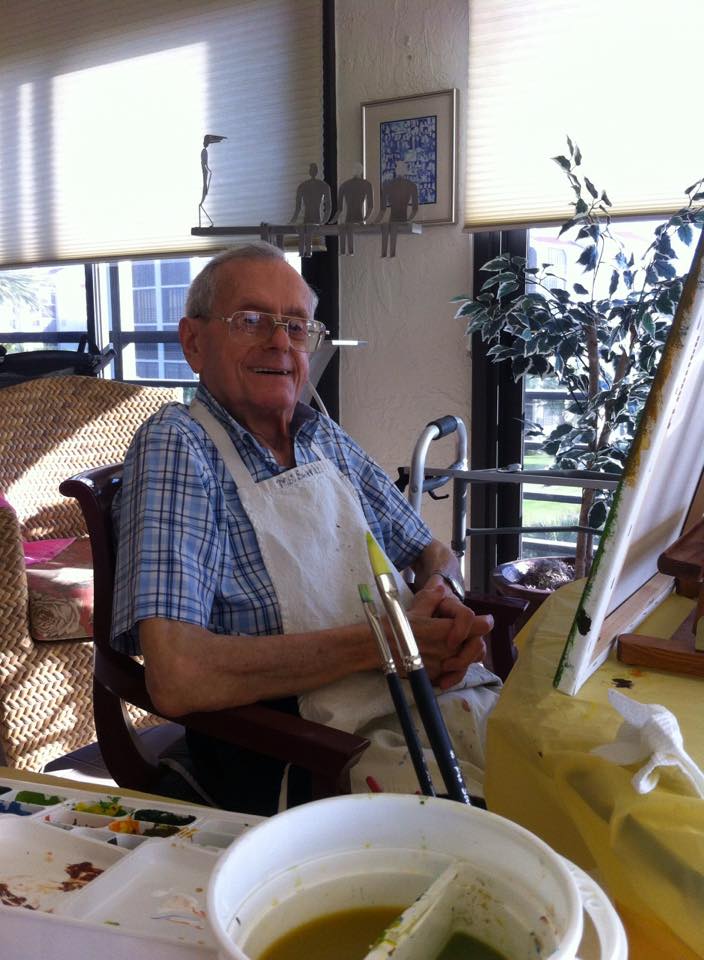 Jerry Goldstein was born a depression baby, just 17 days after the stock market crash of 1929. His father passed away when he was just 3 years of age, and these two events greatly shaped the life of one of the most hard working and friendliest people to ever grace the world.

As a small boy, he took any job he could to contribute to the family, as his mother did not believe in welfare or any type of assistance. He would deliver newspapers or sell for the Harry Stevens Company at Yankee stadium everything from peanuts to beer. He had little concern for the games he worked at, as he was a lifelong Brooklyn Dodger fan and followed them regularly when they became the LA Dodgers.

He honored his country by serving in the National Guard, being of age between the Second World War and the Korean War.

Along the way he took many jobs. After he married his wife Arline, Jerry opened up his own appliance store in Greenwich, CT. His timing was a bit off, as his competitors in NY, at the time, did not have to charge sales tax. After a long struggle, he closed the store while paying all his creditors, although not paying would of been easier. Jerry was a good friend and he made it a point to be honorable and to take his lumps for his losses. He never would use the laws of the land to excuse himself of doing the right thing.

Shortly after the closing of his appliance business, Jerry landed a job as a manager of a toy store. In the early 60’s he gave up smoking and to help him do this he started painting. He was shocked that nobody discounted art supplies. He talked his boss into carrying supplies and he officially became the very first discounter of art supplies in the world.

In 1968, Jerry opened his first store in Great Neck New York with his wife Arline. He carried the discount philosophy to his store along with exceptional service. This started a long journey of being an integral part of the artist community throughout Long Island.

Anyone who frequented his store would get personalized assistance, and in many cases a true friend in Jerry. He always knew his customers’ families and always helped out no matter what the potential sales could be. He only had one way to treat customers and that is like family! 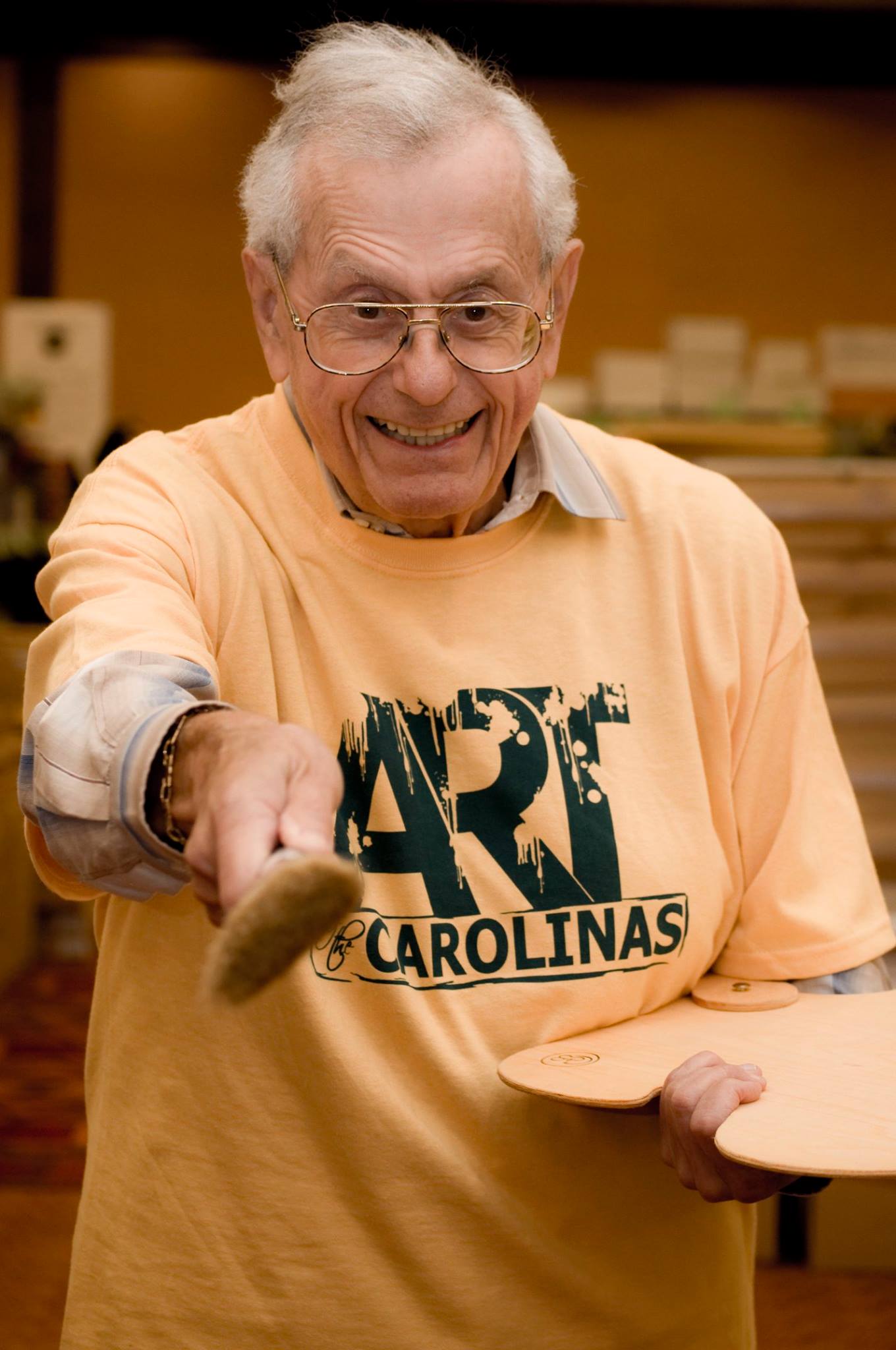 Students who came to Jerry’s in the 60’s and 70’s in New York would often see Jerry in his Deerfield Beach Florida store in the 90’s and beyond often hugging him and telling him how much of an effect he had on their lives. He gave guidance and imparted knowledge free of charge and spent so much time with them that they were happy to see he was still in business! They couldn’t imagine how he could treat every customer as if they were spending $500, even if it were only $5.

The Jerry’s stories go on and on. But here is one. On one ordinary day back in the late 1960’s he was called frantically by a customer. He needed a color but it was 6:15pm and in those days we closed at 6pm. He was a good 30 minutes away. Jerry said that he couldn’t stay until then but he would have the color in a brown paper bag at the front door. He took no names and presented no bill. He would often do that. It was a simple accommodation that you would do for anyone you considered family.

Jerry never was motivated by self-gain. His stores today are the same way and naturally give their customers superb service regardless of how much they spend, or if they looked like look like they would spend a lot of money. The Jerry’s philosophy is alive and well at Jerry’s Artarama and will always be the legacy he leaves behind. His sons Ira and David carry on this philosophy along with his grandchildren Michael, Heather and Dara.

During the 21st century, Jerry was very concerned with the welfare of artists and orchestrated many initiatives to help artists sell their work. Jerry’s is today extremely committed to that goal.

Jerry’s other concern was education. Finding open education was difficult and through his grandson Michael and his Burning Oak Studios, they started the daunting task of offering Free Art Lessons to anyone who wanted to be an artist, used to be an artist or needed inspiration through a free art lesson. Today there are over 2,000 free art lessons online with over 2 million free lessons taken a year and growing. 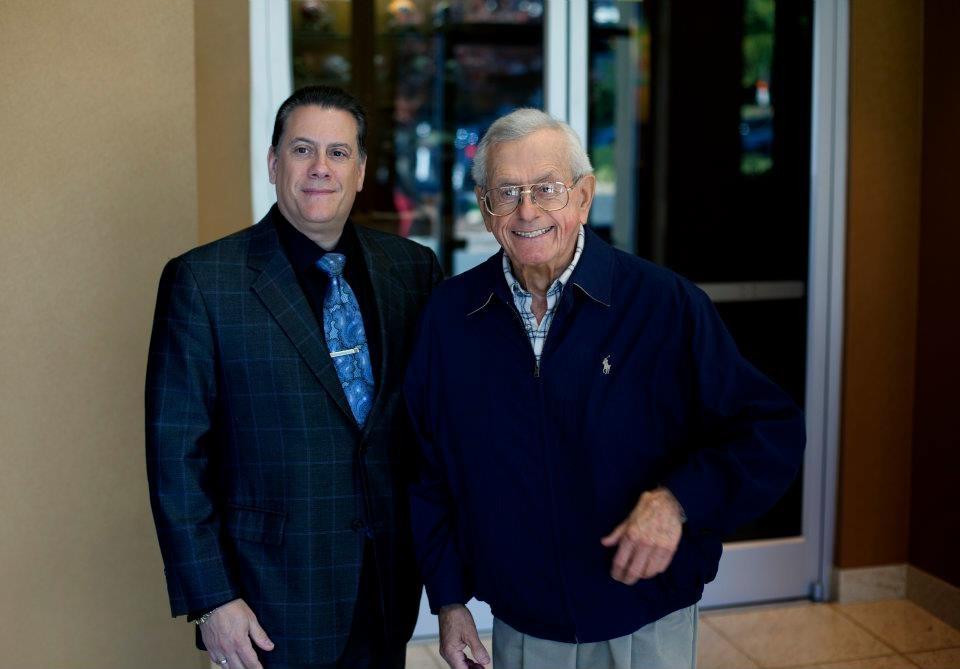 Jerry was the consummate family man and was close to his family that included his sons, Ira and David, his daughters-in-law Carol and Randy (who he treated as his own daughters), his grandchildren Michael, (Natasha), Shana, (Matt), Dara, (Mike),Heather and Marissa and his great grandchildren Bryce and Gabriel.

He will be sorely missed by all that knew him.

In his honor, Jerry’s is setting up The Jerry Goldstein Foundation, which will seek to raise funds for tuition and scholarships to the very talented young artists in order to inspire them to follow their dreams. If you would like to be integrally involved in the foundation please contact Ira Goldstein at 919-878-6782 at extension 113.

To give donations please make checks payable to The Jerry Goldstein Foundation and send to 6104 Maddry Oaks Ct, Raleigh NC 27616. 100% every dollar raised will be given in form of scholarship or give through the donation button below.